Why Do I Have White Spots On My Nails? – Must Know

by Reena Dutta
in Blogs

Sometimes partial leukonychia might seem to be patches of white skin, or leucoderma, under the nail. Two further categories of leukonychia exist: true and apparent.

True leukonychia is the term used when the white spot or line results from nail damage. When pressure is applied to the white patches in genuine leukonychia, they are unaffected. As the nail grows out, these places will as well.

What do these white spots mean?

White patches on the nails might indicate a number of reasons, but according to dermatologists, maltreatment of the nails is the main culprit.

Punctate leukonychia, also known as the half-moon region where the nail grows from, is the name given to white patches that are present inside the nail plate and cannot be readily scraped or removed.

These white markings, which will disappear as the nail grows, are more prevalent in youngsters because they are more prone to damage and have nail plates that are thinner and less protective.

Long-term nail paint wear can also result in white patches on the nails. Doctors refer to them as keratin granulations. The good news is that they are simple to remove using do-it-yourself methods.

White superficial onychomycosis is a different term for a white spot on a nail. The fungus that penetrates the outermost layers of the nail plate is the cause of the chalky white look of the nail.

You might never need to contact your doctor about the problem if your white spots are uncommon and you believe they are most likely caused by an accident.

Simply use greater caution to prevent harm or cease the actions you believe are causing the damage.

It could be necessary to consult your doctor if the spots continue to appear or get worse. Instead of asking ‘Why do I have white spots on my nails?’ you should get it checked as soon as possible. Once they are detected, the majority of problems that might be causing the white spots are simple to fix.

Your doctor will look at your hands or feet’s nails throughout your session. They could provide a diagnosis and a prescription based on their findings. Doctors may carry out one or more tests to assist them to comprehend the underlying problems.

What are the treatment options?

Why do I have white spots on my nails? At some time in their life, many healthy individuals will discover spots on their nails. The emergence of them is really probably not an indication of a major medical ailment.

Leukonychia, or white nail patches, are most frequently brought on by damage to the nail matrix. These wounds can develop if you prick or hit your fingernail. The strange patches on the nails might be brought on by a number of other factors so it’s best to see your doctor as soon as it appears. 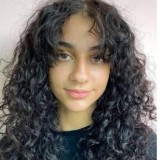 Reena Dutta is a Professional Nail Artist with years of experience in the fashion industry. She loves to create all types of nail designs and shares her ideas with people all over the world.